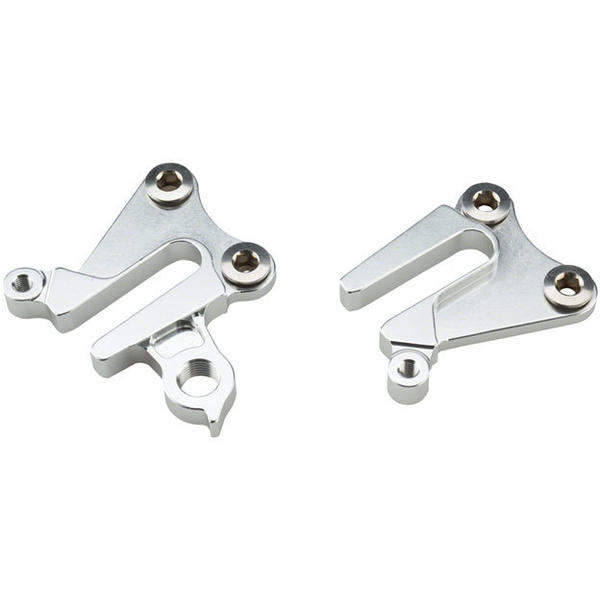 The 12mm slotted MDS dropout is the newest chip for Surly's MDS equipped trail frames. You like chips, don't you? The 12mm slotted dropout chip uses a standard derailleur mount for maximum compatibility and is made of cast and machined 6061-T6 aluminum, with a fender eyelet. What's the coolest part about the 12mm slotted MDS chip, you ask? The fact that it also has the capability to run a 12 x 142mm thru-axle in a single speed configuration. This is good news because single speeds are good news.

When you get an MDS equipped frame you're getting the option to set it up however you want. You can run a 142 x 12mm thru-axle rear end with a direct mount Shimano hanger, standard 135mm QR or The Mighty Singlespeed. The way this will work is that Surly complete bikes that feature the MDS will ship with whatever chip is compatible with derailleur spec. For instance, the complete Instigator 2.0 ships with the 142 x 12mm thru-axle Shimano chip. If you want to change it to a singlespeed later (and why wouldn't you?), all you have to do is get the SS chip. Frames will ship with all three MDS chips so pick your poison. The 142 x 12mm and 135mm QR chips are made of cast and machined 6061-T6 aluminum and The Mighty Singlespeed chip is 304 stainless steel, because the two words 'aluminum' and 'singlespeed' should never be too close to each other. Bad things can happen…. As you can see, the MDS gives you not just different build options, it lets you use a more varied selection of parts for your frame up builds. The MDS is featured on most of our trail bikes. That's right: Krampus Ops, Karate Monkey Ops, Instigator 2.0 and Ice Cream Truck frames all sport these puppies.